MTC Golf Classic
This month, the MTC Foundation hosted the 2021 MTC Golf Classic with presenting sponsor Hood Construction. The event will net approximately $50,000 in support of scholarships specifically for veterans and their families. For Mark Hood, President and CEO of Hood Construction, the cause behind the tournament was personal.

"My father is an Air Force General and the Air Force, which I was not fortunate enough to be able to go into, paid for my education and for me growing up. I have a brother who is a retired Colonel. So, it's near and dear to me," he shared. "A lot of these guys that are coming out of Afghanistan and different places are carrying some baggage with them. We need to take care of them and make sure the sacrifices they've made for our nation are rewarded the way they should be."

The tournament embodied MTC's commitment to the military community with guests from the highest ranks of South Carolina's military bases, such as Fort Jackson's Brigadier General Patrick Michaelis and S.C. National Guard's Major General Van McCarty, attending the event to show their support. Maj. Gen. McCarty has been able to directly see the success of MTC's programs in action through 2020 MTC graduate Doug Long.

"Just a little over a year and half, I had an opportunity to go over to Columbia Metropolitan Airport where we were greeting a unit that was returning back from a deployment. Alongside of the military department staff there to greet the soldiers was Midlands Technical College and Dr. Rhames," said Maj. Gen. McCarty. "We had a young soldier, a specialist Doung Long who now works for Hood Construction, had completed his degree while deployed and to show the commitment of what Midlands Tech has to our veterans they were there to award his diploma and greet him – what a day."

Funds raised from the tournament will also benefit soldiers and their families stationed at nearby Fort Jackson, where MTC has partnered with the base to offer courses through the Fort Jackson Center.

"We are a part of your community, and we thank you all very much for the support you give Fort Jackson, the soldiers, civilians, and their families every single day," said Brig. Gen. Michaelis. 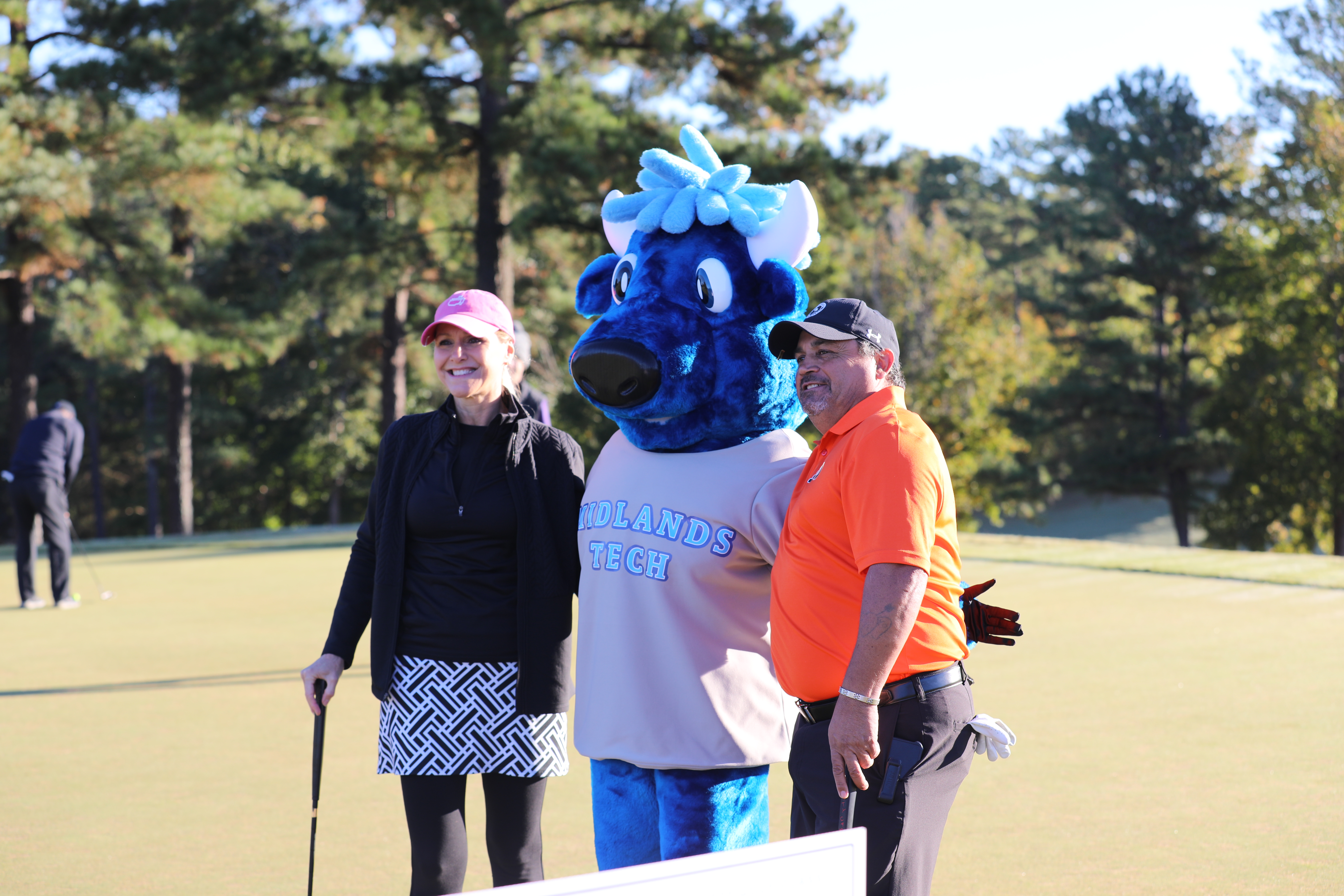